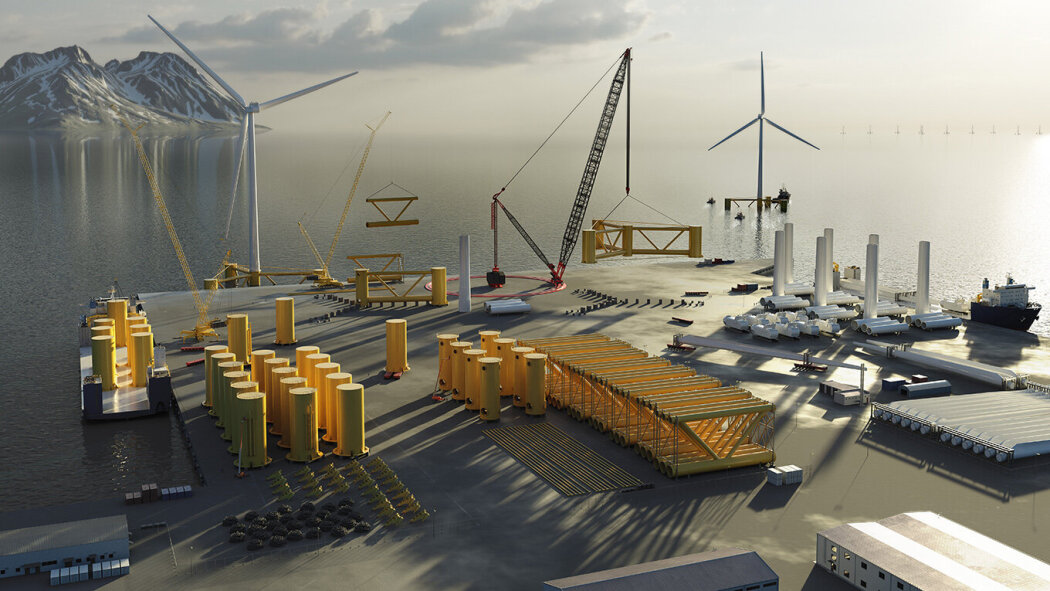 Moreld Ocean Wind is introducing a modular approach to floating offshore wind turbine foundations. The result will be quicker production, lower costs and a smaller carbon footprint. “Our solution will help to industrialise floating offshore wind energy, making it more viable in the global energy mix,” says Asbjørn Wathne, Business Development Manager at Moreld Ocean Wind.
Floating offshore wind opens up the potential for new power production far out at sea, where winds are stronger and more consistent. The industry is taking its first steps towards commercialisation, but it faces two main challenges: cost and confidence.

“Floating offshore wind is a maturing industry. It needs to prove itself and catch up with bottom-fixed wind and other forms of renewable energy,” says Wathne

“The components can be manufactured in parallel and in different locations. Some will be produced locally, while others could be made in low-cost countries in large volume and shipped to a suitable port near the wind farm site where they will be assembled and lifted into the water.”

Highly efficient packing will simplify transport. “The components come in batches, ready for assembly on conventional cargo vessels which can transport many more units at one time compared to fully assembled units,” says Grytten.

Moreld assembles floaters in record time
Thanks to the modular design, the floaters can be installed quickly and efficiently. It is estimated that the solution can deliver one floating offshore unit per week, faster than any other method.

“A 500–750 MW wind farm with 20–25 MW generators could then be installed in just one installation season, allowing an early start-up of the wind farm,” says Wathne.

In addition, the solution will reduce overall costs, which is essential for industry growth. Several factors play a role in this: optimised transport, assembly and installation, lighter weight and use of existing infrastructure.

The OCG-Wind design also uses 30 to 40 per cent less steel than competing foundation designs. Not only does this make them less costly, but it also reduces their environmental impact.

Moreld Ocean Wind has completed a number of wind farm studies for energy companies in the Baltics, France, Ireland, Norway, Scotland, the UK and the US. The OCG-Wind floater technology has received an Approval in Principle (AIP) from DNV, and pilot and pre-commercial floaters will likely be in the water by 2024 and 2026, respectively.