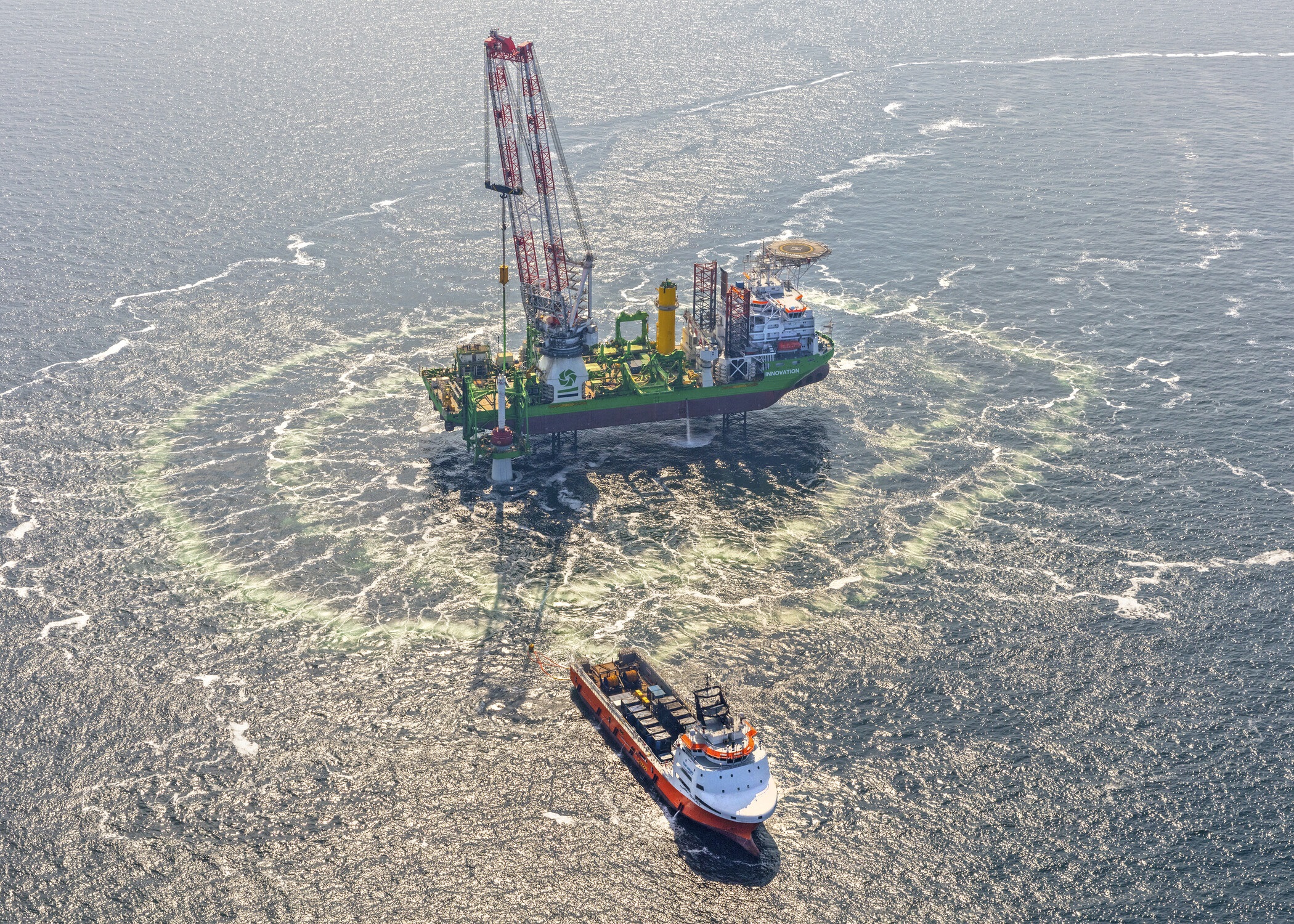 GBM Works – A silent and powerful installation technique for monopiles

GBM Works has developed a silent and powerful installation technique for XXL monopiles. “Building wind farms involves a lot of noise,” says Ben Arntz. “We also want to install sustainable energy in a sustainable way. That means quieter and, in view of the increasingly larger wind turbines, also future-proof.”

Due to the noise nuisance for marine life and coastal inhabitants, large noise barriers have to be placed around the traditional pile drivers. A time-consuming and expensive operation. This nuisance will only increase with the arrival of more and more XXL wind turbines. The alternative, the use of vibratory hammers, is indeed quieter and faster, but also less powerful. With compact sand or clay layers, an excessive amount of force is required to drive the pile to the desired depth. Or, more likely, the machine falters at an unpredictable moment.

The Vibrojet derives its power from a unique combination of vibration drive and water injection. Seawater is sprayed at the bottom of the inside of the monopile. This causes the sand or clay to become liquid, which temporarily reduces friction. At the same time, the monopile is driven into the ground with the vibratory hammer. Once the monopile is installed, the soil inside will settle back into place. On the outside, the ground remains undisturbed. The lateral bearing capacity is therefore comparable to a vibratory hammer. This is important because a monopile mainly suffers from lateral loads from waves, currents and wind.

Arntz: “We started from scratch, without any history, in a market that is quite conservative and risk-averse. You are now seeing a broadly supported change underway, in which large parties such as DEME Offshore, Eneco and Shell are also joining in. That is very special.” The new technology is mainly bearing fruit for the builders of offshore wind farms. The noise nuisance is minimal so no noise barriers are necessary. This saves considerable costs, time and environmental damage. Because the fatigue is also much lower thanks to this installation technique, the monopile can be estimated to be 10% lighter. And that results in lower costs for the monopile and its installation. According to the calculations, the cost reduction per MW of installed capacity can amount to 12.5 per cent of the foundation size.

GBM Works want the technology to benefit all market parties and therefore participates in joint research projects. “We stimulate the energy transition by removing barriers that customers experience. Now they are sometimes not allowed to work for a whole season because of the noise pollution. With our technology, they can install monopiles all year round. That makes the entire energy transition faster, easier and cheaper.”

The company started development in 2017. Simulation models, laboratory experiments and tests have shown that the method works quickly and effectively. The technology has now reached the point where GBM Works can carry out scale tests in combined soils, with clay and sand. The company expects to be able to launch the Vibrojet in 2025.